Top 5 Most Common Types of Car Crashes in Utah

If those statistics seem high, it’s because they are; Utah ranks in the top 10 states in the U.S. for the number of annual car accidents.

Car accidents come in all shapes and sizes. But some are more common than others on Utah’s roadways. This article will cover some of the most common types of car crashes.

What are the Top 5 Most Common Types of Car Crashes in Utah? 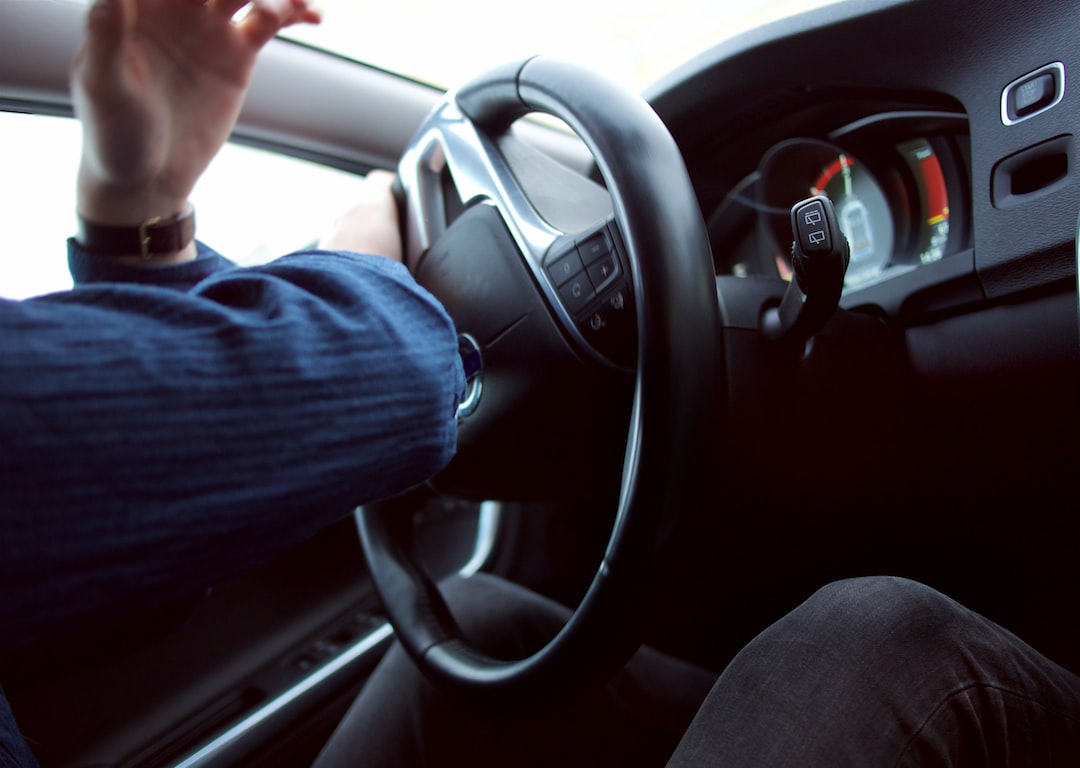 Whether due to driver error or the typical hazards of roadway designs, some types of accidents occur more frequently than others. Unfortunately, some types of crashes are also more dangerous.

To better understand the collisions occurring on the state’s roadways, check out the top 5 most common types of car crashes.

The most common type of accidents on roadways not just in Utah, but across the country is rear-end collisions. The NHTSA, or National Highway Traffic Safety Administration, tracks accident statistics and reports for the nation’s roads. Their records show that 29 percent of all accidents are rear-end crashes.

Rear-end collisions most commonly occur when one vehicle follows too closely behind another. When the first car comes to a sudden stop, the second car collides with them.

Like most other types of accidents, rear-end crashes vary widely in severity.

Take for instance two cars traveling at 15 mph down a residential street. The front car slows to turn. The driver of the second car isn’t paying attention and strikes the front car. The vehicles weren’t moving very fast, so the collision is likely to be minor. Both cars may need repairs, but are unlikely to be totaled. Any injuries are unlikely to require an ambulance ride.

However, imagine if the two cars were traveling at 70 mph on a highway. The front car comes to a sudden stop after an animal crosses the road in front of them. Because they were traveling too close behind, the second car doesn’t have time to react and collides with the front car at full speed. Now imagine that the front vehicle was a small car, while the second was a semi-truck.

The results of this second accident are likely to be far more severe. It would result in serious injuries, or even death, for the driver or passengers of the front car.

Leaving plenty of space between your car and the car in front of your no matter what kind of road you’re on is a great way to avoid these types of crashes. Avoiding distractions and paying attention to the roadway is another.

Side-impact collisions are the second most common type of accident on roadways all across America. They are also one of the most deadly.

These types of collisions account for around 27 percent of all accidents.

Many side-impacts occur when drivers ignore road signs. Running a stoplight, stop sign, yield sign, or another type of warning puts the vehicle at risk of hitting another at full force. Because one vehicle is traveling straight while the other is trying to cross one roadway or merge onto another, the cars collide at a perpendicular angle.

This angle is what makes these types of accidents so dangerous. A front or backend collision means that more of the force of the accident is absorbed by the vehicle. Passengers in the vehicle that is being hit have more between them and the other car speeding towards them.

But in a side-impact collision, there is little standing in the way. This means that those on the side being impacted are hit by a direct blow. While many vehicles are now equipped with side airbags, these can do little to dampen the blow in a high-speed collision or one in which the vehicle that hit the victims’ car is much larger and heavier.

Defensive driving and avoiding distractions could both help reduce the number of side-impact collisions. Always come to a full stop at all stop signs, and look both ways before crossing or merging. Avoid distractions like cell phones while driving to stop yourself from running red lights or blowing stop signs.

Picture yourself driving down a multi-lane highway in light traffic. You’re in the far left lane and need to get over. You turn on your turn signal and begin to merge into the center lane.

Hopefully, you’ve checked your mirrors before merging. But if you didn’t, you also didn’t see the car lurking alongside you in the middle lane, and the two of you collided. Or, perhaps you did check your mirrors, but a car traveling in the right lane decided to move to the middle at the same time.

In the blink of an eye, a crash has occurred. Accidents occurring during merging are the second leading type of accident in the U.S.

If both cars were traveling at a low-speed, this type of accident wouldn’t be very serious. Unlike a t-bone collision, the cars are glancing off of each other instead of one car traveling at another at a high rate of speed.

But because these crashes typically occur on highways, and both cars are traveling at a high speed, these can be very serious accidents. If other cars are nearby, this can also quickly turn into a multi-vehicle crash.

The most common cause behind these very serious accidents is drivers failing to check their blind spots before merging. Looking in your mirrors isn’t enough; you also need to turn your head to look alongside your vehicle for cars that you might not be able to see in your mirror.

If you struggle to check your blind spots by looking over your shoulder, you can add small blind spot mirrors to your existing ones. This allows you to quickly check all of your vehicle’s blind spots before you merge. These are a great idea for high-profile vehicles that tend to have lots of blind spots.

Not all accidents are between two vehicles.

As cities continue to grow and natural areas are depleted, collisions between cars and wildlife are increasing. Other types of head-on collisions include cars leaving the roadway and hitting trees, buildings, and other stationary objects. Drivers may swerve and collide with barriers and road signs. Fewer head-on collisions also involve vehicles and pedestrians walking or riding bikes on roadways.

Just like rear-end collisions, head-on crashes come in many different shapes and sizes. A collision between a car and a small animal like a raccoon is unlikely to be severe. But a crash involving a deer can be deadly.

Head-on collisions can also occur between two vehicles. These tend to be particularly dangerous for drivers and passengers in both vehicles. Head-on collisions are often attributed to drivers using drugs or alcohol. With their vision and reflexes impaired, drivers may stray over the center line and crash into oncoming traffic.

But these types of crashes can also happen when a driver isn’t intoxicated. A distracted driver reaching for food in their passenger seat or glancing down at their cell phone can also stray over the line and cause a serious accident.

Avoiding a crash with wildlife crossing the road is often impossible. But avoiding causing other types of head-on collisions is simple. Never, ever text and drive, or take your eyes off the road for other reasons. You can also avoid causing a deadly head-on crash by never getting behind the wheel when you’re drowsy.

Every year, more than 300,000 accidents occur as a result of drivers dozing off or falling asleep. If you find yourself getting tired, pull over in a safe spot, and take a nap.

The final most common type of accident to occur on Utah’s roadways is multi-vehicle crashes. These can be accidents involving just 3 cars, or it can be pile-ups involving dozens or more vehicles.

Any of the other accidents on this list can turn into a multi-vehicle crash. Often, these types of accidents occur on highways where there’s traffic, or at busy intersections.

Sometimes a crash turns into a multi-vehicle accident when the car at fault strikes multiple other vehicles while still in motion. Other times, one car strikes another, and the car that’s hit collides with additional vehicles before coming to a stop.

Multi-vehicle accidents are often very serious. Cars caught in the middle of these collisions are particularly at risk. Another way that multi-car collisions turn deadly is when two cars crash and those involved begin to exit their vehicles. As they do, a third car strikes the original vehicles, causing very serious injuries to all involved.

Often, avoiding becoming the victim of a multi-car crash is impossible. But it is usually possible to avoid being the one to cause this type of collision.

As with the other types of crashes on this list, avoiding distractions and focusing on the road is always important when trying to avoid these common types of car crashes. 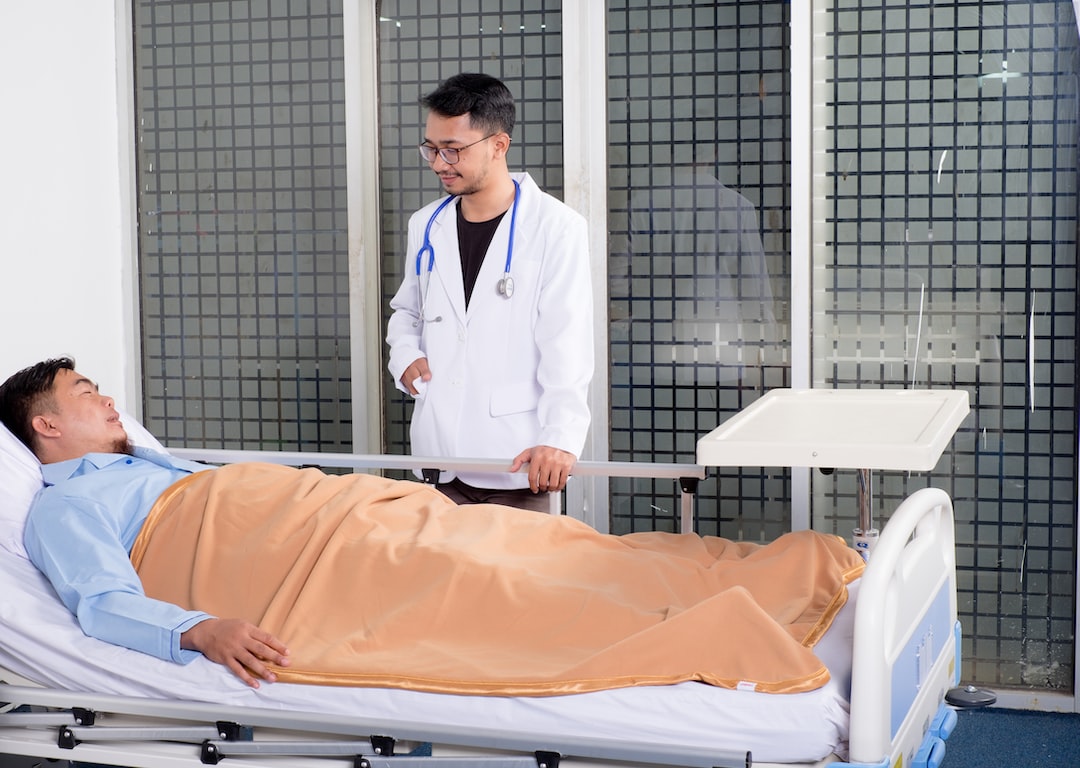 While car accidents are far from an uncommon event on Utah’s many roadways, when you’re the one dealing with a crash, it hardly feels routine. Whether it’s the first accident you’ve been in or you’ve been in several before, dealing with a wreck can be scary, stressful, and confusing. Hopefully, you never find yourself in some of these common types of car crashes.

After you’ve received medical care for your injuries, you have a decision to make; whether or not you’re going to hire an attorney.

There are plenty of accidents that don’t require legal help. A minor fender-bender on a residential street doesn’t usually take a lawyer to handle. Instead, you’ll submit your claims to the insurance company of the person responsible for the crash and get paid for car repairs and medical bills that way.

But if the accident was serious and you suffered severe injuries, you’ll want to talk with an attorney right away. Car accident lawyers help their clients in a number of ways. To start, they can advise you on what to expect from the legal process. They may offer suggestions on how to talk to various involved parties, to avoid accidentally admitting blame for something you didn’t do.

From the moment that they take on your case, your attorney will begin compiling evidence. From crash photos to medical records to police reports, this evidence is vital in proving why you deserve the settlement that you’re seeking.

Before they help you seek that settlement, your attorney will also help you total the damages that you’ve suffered. Many of these damages are easy to calculate. Medical bills, ambulance costs, and car repairs are straight-forward and easy to track.

But other damages are harder to calculate.

Pain and suffering is just as serious a side effect of a crash as the cost to repair your car. But assigning a monetary value to your suffering can be tricky. An experienced attorney can help you figure out what these types of damages are worth so that you can ask for a fair settlement.

Once your case is prepared, your attorney will handle all communications with the insurance companies. They’ll get your claims paid, or take your case to court, if necessary.

Having an attorney on your side is important. Hiring the right attorney for the job is even more so.

Scheduling a free consultation is a great way to ensure that you’re making the right choice. A quick meeting or phone call, this consultation allows you to describe the accident and detail any concerns you have. You can decide whether a lawyer is the right fit for you so that you can move on with your case with the confidence that you’re in good hands.

Related Content: How much do car accidents usually settle for?